This week I went to Folsom Prison (old and new). We walked through both prisons and yards. It was a different feeling to be surrounded by that group of people. We were told that about half of the population would be there for life. They live in small 2 person cells and are let out to exercise everyday. In their cells they have a lot of the comforts that we have at home, tv’s, magazines, snacks, running water, etc. they are allowed to buy things at the prison grocery store such as Top Ramen and soda. They can keep that food in their cell and eat whenever they want.

We met with friends of the guard who was recently attacked and heard of other such attacks from inmates. The gang system is strong in the prison and they will do what they have to to gain respect. The guards always have to be on high alert. They are surrounded by the people that I might come in contact with once or twice a month. I contact these people on a one on one basis but the guards in prison are outnumbered by them everyday.

I also got to see the license plate factory and where Johnny Cash performed, both at old Folsom. It was an interesting day. I don’t think it changed to perspective on criminals if anything I think they have it too easy. One last thing on the subject, we also saw where the gallows used to be. Why don’t we do that anymore!? 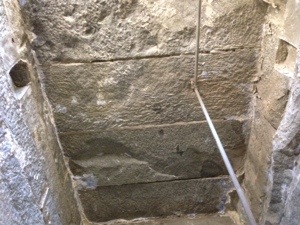 Yesterday and today I took an armorers class for POF Rifle company. It was a great class and I learned way more than I ever wanted to know about taking apart an AR-15. 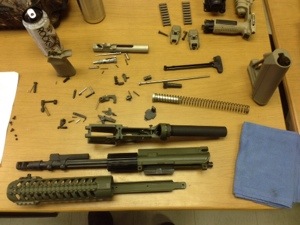 Workouts are still going great. Diet is getting there. It’s December. Give me a break!!!